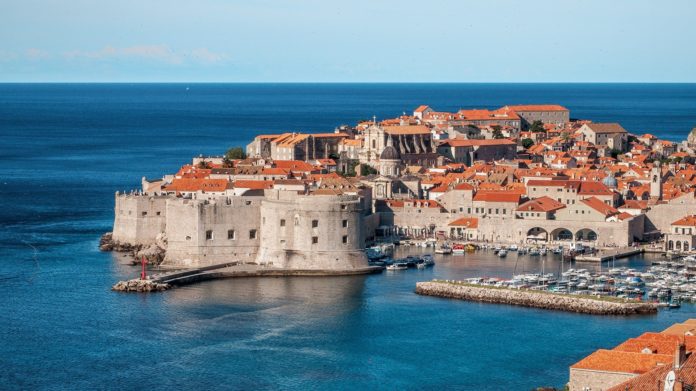 The pearl of Adriatic, a place of extremely rich cultural heritage whose beauty will leave you breathless. The most important asset of this town is its massive stone walls from the middle ages.

Dubrovnik today is a true gem of the Mediterranean and the crown jewel of Croatian tourism. Its massive walls are nearly 2 kilometers long, topped with many bastions, towers, and city gates. It is situated under the Srđ mountain, from where you can enjoy the stunning view of this city and the surrounding area.

You should start your Dubrovnik itinerary from the Pile gate. Before you pass through the gates, you will notice a big stone fort on your right side. It’s the Lovrijenac fort, and its massive walls are up to 12 meters thick on certain parts. Today it is used for the Dubrovnik summer festival, where various plays take place such as Shakespeare’s Hamlet. On the left side of Pile you will notice a huge Minceta tower. It is the largest tower in Dubrovnik, a huge rotunda with crowned top.

Once you pass the gates you get to Stradun, the city’s main street. It’s a stone street much like all of the historic center of Dubrovnik built in a complete splendor of baroque architecture. This can be seen on every step, as most of the palaces and churches were built in the Baroque style.

Onofrio fountain is still fully functional today after 600 years, and you will see lots of people drinking water and filling their bottles from one of the 16 pipes. If you continue your walk down Stradun street you will reach a small Onofrio fountain and Orlando monument. The monument is a symbol of freedom for the people of Dubrovnik who managed to resist the Venetian occupation that controlled most of the East Mediterranean through the middle ages. It still carries the Libertas (freedom) flag during the Summer festivities.

Next to it is the Sponza Palace and the city archives, very attractive baroque buildings, and from the opposite side, a belltower. 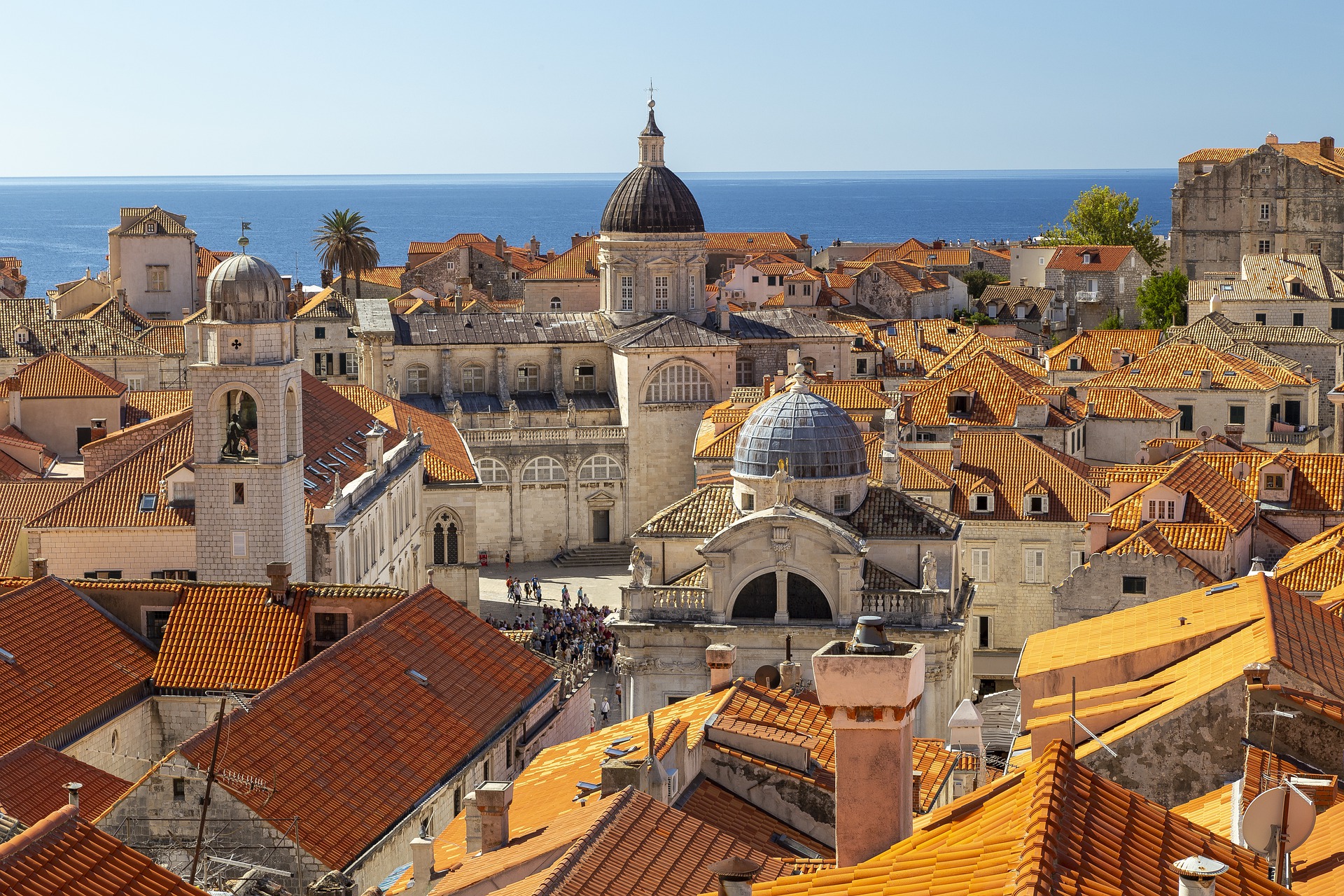 The city center of town is a walk through history, you can explore all the towers, forts, and even walk on the Dubrovnik city walls. Keep in mind however that this is a relatively small town with hoards of tourists waiting to explore it. The most beautiful stone alleys and stairs are near the St. Ignacius church. You will feel like you are somewhere in Florence.

Strolling down these narrow stone streets you will discover many bars, restaurants and small tavernas with delicious food.

Once you are done with the history lesson, it’s time to take a dip in the sea. Banje, Lapad, and St. Jacob, are some of the most popular beaches in Dubrovnik, with many more further away.

For the amazing view of the city head to Srđ mountain. There is a cable car that drives all the way to the top, and you will be rewarded with the most amazing panoramic view of Dubrovnik and the surrounding islands.

If you want to explore a bit outside the city walls, check these day trips from Dubrovnik. Some include suggestions for day trips within Croatia while others include the neighboring countries as well.

Dubrovnik has a typical Mediterranean climate with mild Winters and hot dry Summers. During Winter daytime temperatures are around 10 Celsius, which rarely drops below 0. Most precipitation comes during Autumn and Winter.

Spring brings warmer weather and a dash of Summer, with a very pleasant 18 Celsius on average.

Summers can be very hot and dry, with lots of sunshine and temperature over 30 Celsius.

Since this is probably the most popular tourist destination in Croatia, accommodation options are plentiful. Hotels are scattered all over Dubrovnik but most of them are on the Lapad peninsula, west of the city center and they have a beautiful view of the city walls. There are of course some from the east side, most notable are the Dubrovnik Excelsior and Grand Villa Angiolina. In the very center, right next to St. Blaise cathedral is the peculiar Pucic Palace boutique hotel, that is trying to keep the Baroque style.

If you are looking for more resort-type accommodation, you will have to go a bit outside of the town. 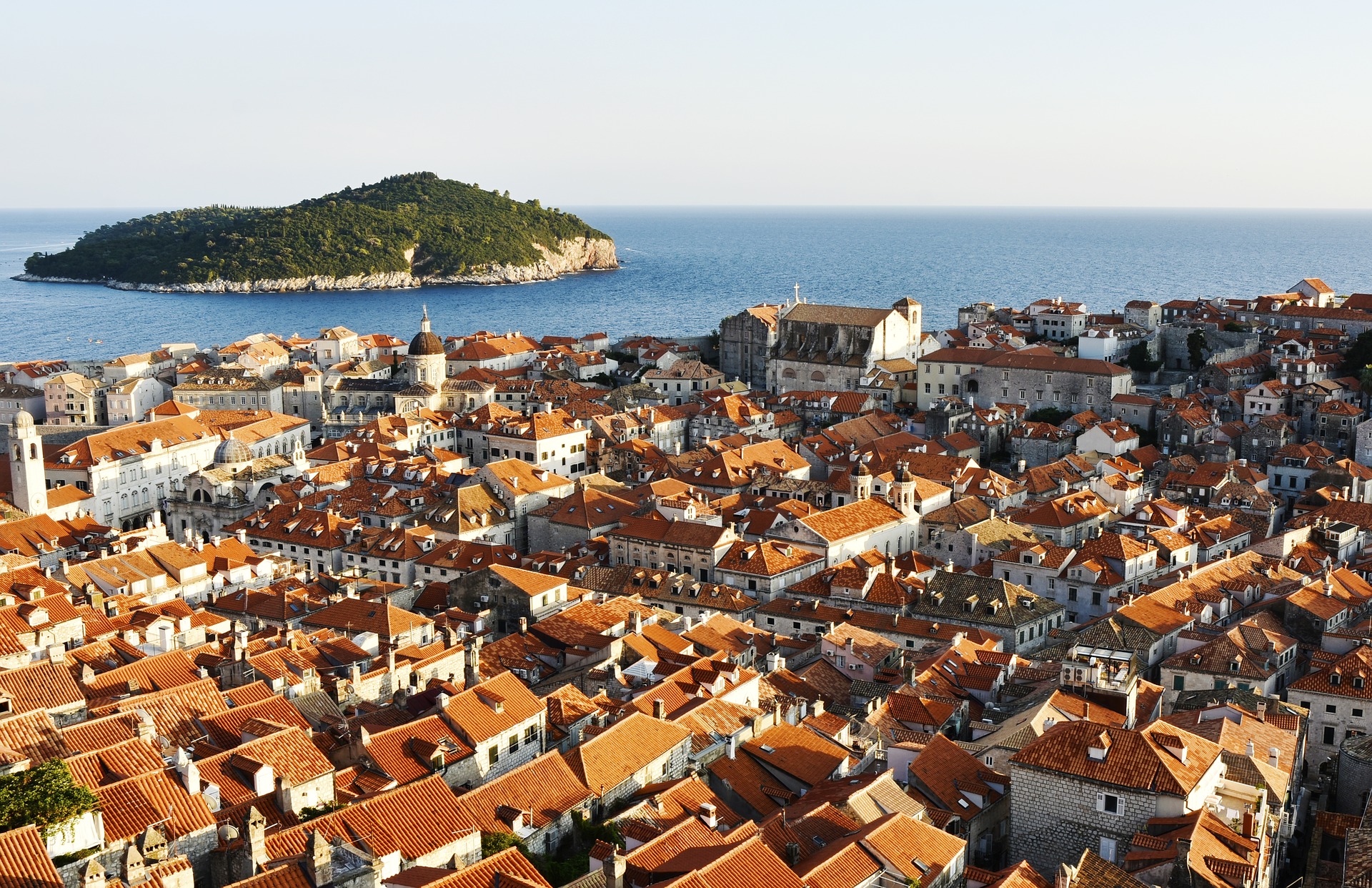