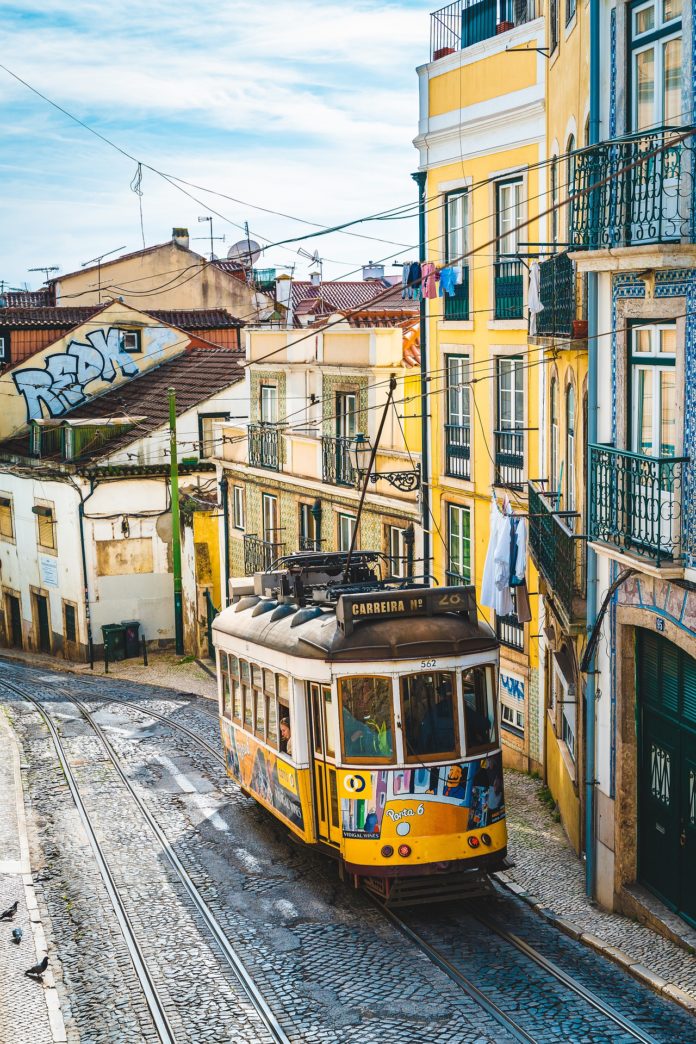 Lisbon, the capital of Portugal and one of the most visited destinations in the world. It is the westernmost capital of Europe and the most impressive metropolis that has so much to offer. Let’s just point out the amazing hospitality, rich cultural heritage, exquisite gastronomy, perfect climate and so much more.

Lisbon is one of those cities that is so easy to fall in love with. Rich cultural and historical heritage attracts so many visitors from all over the world. Portugal is a naval country and used to be a colonial superpower so it’s no surprise its culture is very rich and diverse with so many monuments and attractions. This is best to see in Belem, a quarter in the western part of the city. Here you can witness the tower of Belem, one of the most important attractions of Portugal. Close by you will also see a huge sail-like stone monument, also known as the Monument of the discoveries, dedicated to the sailors of Portugal who ventured into discovering the new world.

Besides the richly decorated old city center, Lisbon also prides itself with its modern architecture built for the World Expo in 1998. Most of the expo was built in Parque das Nacoes, and the most important building is the Oceanarium. This neighborhood is bordered by the Vasco da Gama bridge, the longest bridge in Europe.

If you are interested in exploring Portugal, check this amazing itinerary from Faro to Porto by train. Train travel is a great way to explore Portugal and very affordable.

Seafood is an important part of Portuguese cuisine, which is expected since the country is located on the Atlantic. Surprisingly the most important fish is the cod, which they import mostly from Norway. Walking the streets of Lisbon you will find lots of fish on the street food stands. Cuisine alone is a good enough reason why you should visit Lisbon.

Wine is the most important drink in Portugal and Porto is the most popular. Besides Porto, wines from Madeira are also popular, and as far as the beer goes, you must treat yourself with a glass of the local Super Bock.

Pastries are what is Lisbon is very famous for. On every corner in Portugal, you will find delicious little Pasteis de Nata. They are small tart-like pastries filled with vanilla/egg cream and sprinkled with cinnamon sugar. Antiga Confeitaria de Belem – is the original pastry shop that invented it so naturally, this is where you want to go for the true experience. But keep in mind that a thousand other people already wait in a queue. Interestingly, the original recipe is held secret.

An interesting fact when eating at a restaurant in Portugal, while you wait for the main course, they usually bring many small bites and finger food, which they charge in the end even though you didn’t order it.

If you are more into non meat cuisine, check this Vegan Lisbon guide, you will discover some of the finest vegetarian and vegan restaurants in the city. 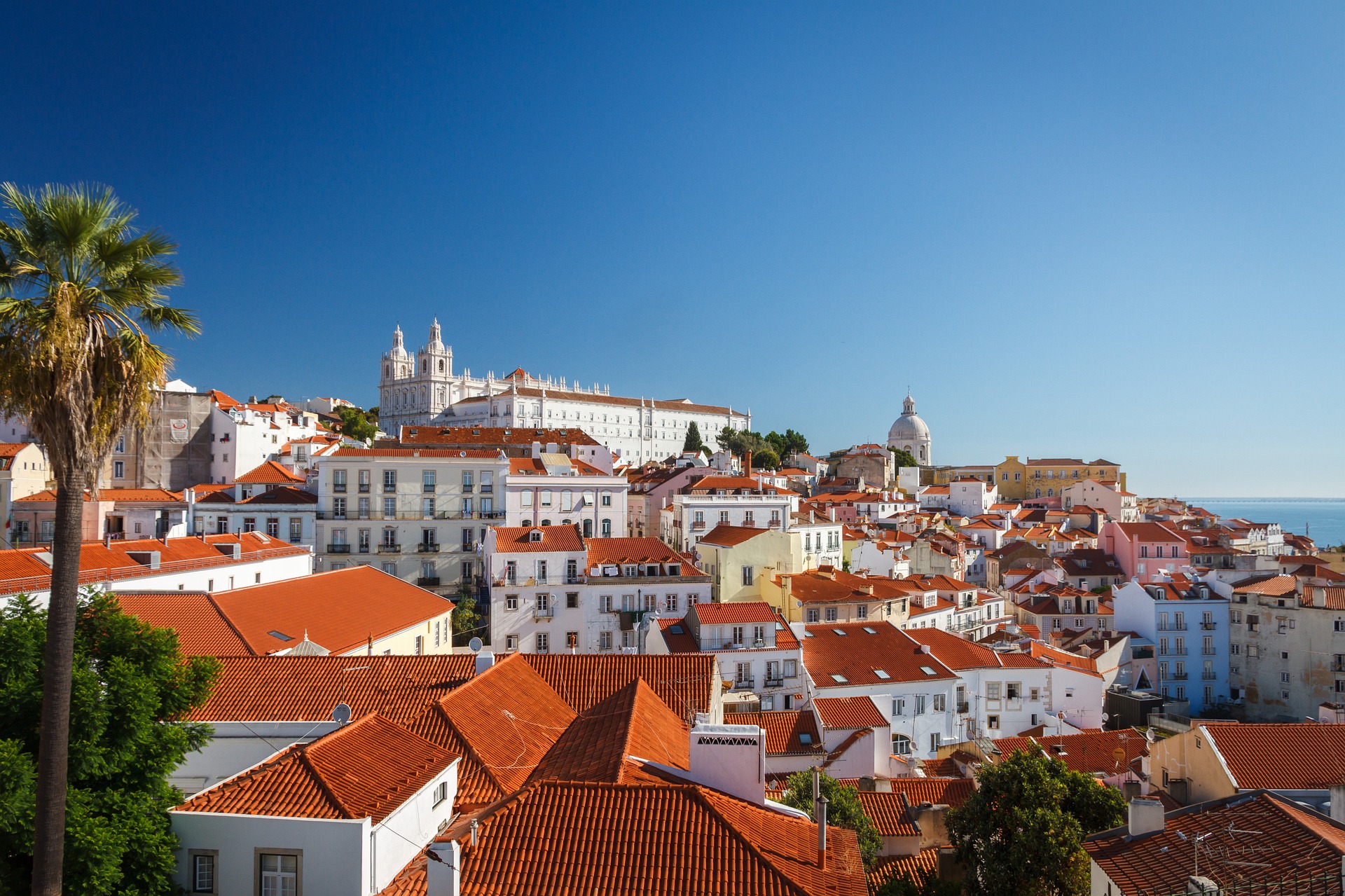 Lisbon is located on the delta of the Tago river, and although the city itself is not on the Atlantic it not far from it either. Literally just around the corner. Most of the amazing sandy beaches are located west of the city towards Cascais and Estoril, or south towards Setubal and Sesimbra.

Many of these amazing beaches are not available by public transport, but Sesimbra is an exception. You can easily reach it by taking a train from the city at Praca de Espanha square. It will cost you 5 euros and the ride takes 1 hour.

Saint George Castle – Castelo de S. Jorge in Portuguese, is a magnificent medieval castle that “sits” on a hill above the city. It originates from the 11th century and through history it used to be the royal seat for Portuguese rulers. It is one of the favorite attractions of the city and it offers the most amazing panoramic view. Visit to the castle will cost 7,5 euros.

Jerónimos Monastery – although monastery originally, this is actually a monument to the glorious naval exploration of the Portuguese kingdom. Allegedly before it became a colossal monastery this was a church where Vasco da Gama prayed before his voyage and discovery of India. It is very richly decorated in renaissance style. It is also a burial place of important Portuguese people such as Vasco da Gama, and today it serves as a Naval and Archeological museum as well.

Oceanarium – built during the World Expo in 1998, Oceanarium is one of the most famous attractions in Lisbon. The entire building is surrounded by water and one enters via the bridge. The main idea behind the design was to show all the oceans as one, to emphasize how important the world’s oceans are to us. The middle part represents the global ocean and on the other 4 corners are the North Atlantic, Pacific, Indian Ocean, and Antarctica. The Oceanarium has some 500 different species with around 8000 animals. Tickets 13 euros, and you can reach it by subway or bus.

Monument to the discoveries – Opened in 1940 during the world expo of the Portuguese world. Sadly it was destroyed three years later since the autoroutes could not reach an agreement where to permanently place it. 1960 the idea came again to permanently commemorate the age of naval discovery in Portugal so the monument was rebuilt and placed on the banks of the Tejo river. It is shaped as Caravel, a type of ship used at the time and it portrays famous explorers like Vasco da Gama, Magellan, Pedro Alvares Cabral, Bartolomeu Dias, etc.

Belem Tower – probably the most prominent feature of Lisbon, dating back to the 16th century. Originally built to secure the city from ocean attacks, it represents the height of Portuguese architecture, the so-called Portuguese late Gotic. The ticket to visit the tower is 5 euros, and it is an absolute must for any Lisbon itinerary.

There are of course many more attractions to see like the gorgeous squares of Lisbon, scattered across the city, these are just some of the most important ones listed here. 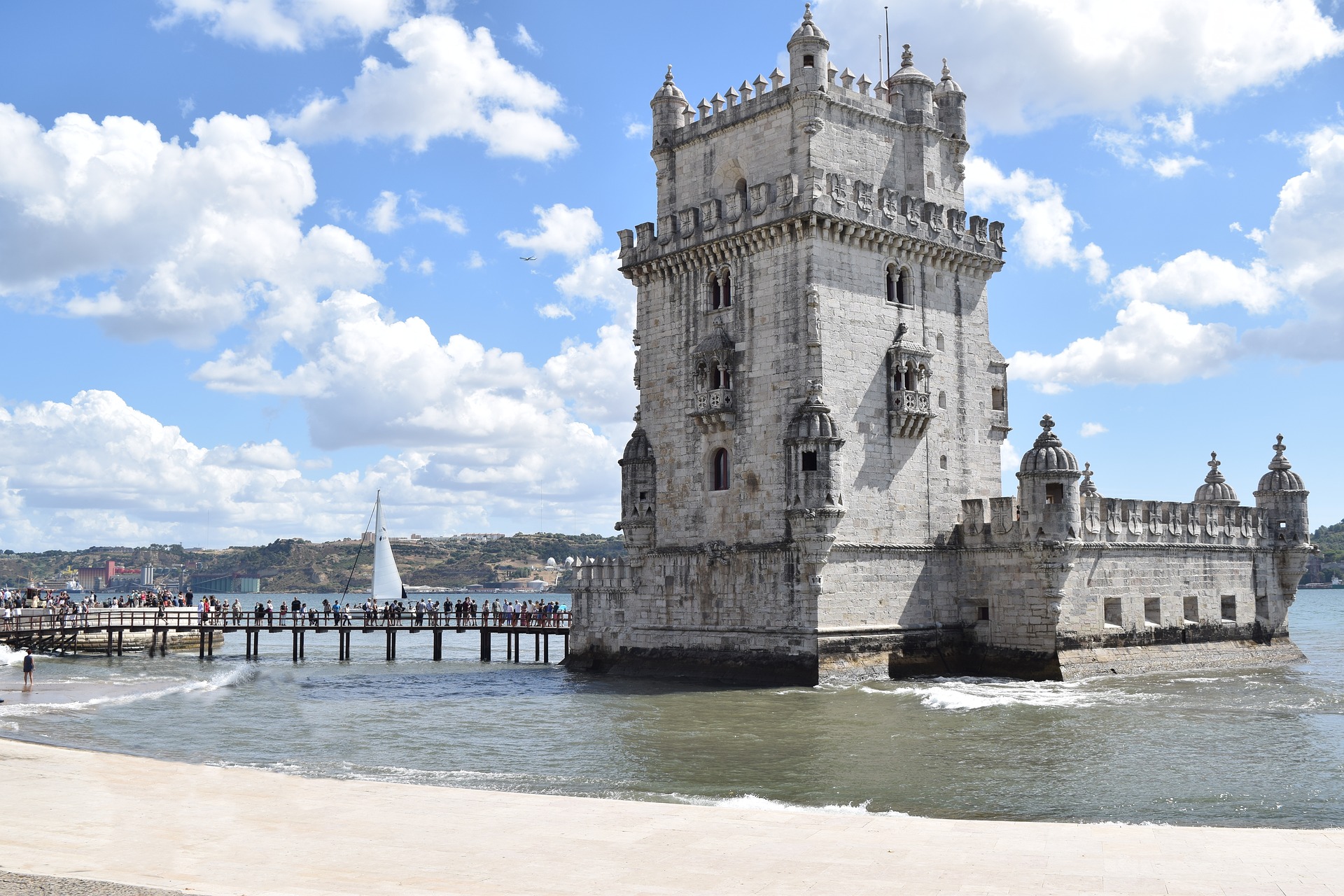 Accommodation in Lisbon is very diverse and unlike many other European capitals, it is not so expensive. During the early spring or late fall, one can easily find a nice 4-star hotel room for 20 euros per person.

There are several interesting neighborhoods to chose from. The very center is called Baixia district, to the west is Bairro Alto and Chiado, and to the east Alfama. To the North of the city center, after the Praca dos Restauradores is the Avenida da Liberdade, one of the most important streets in the city. There you can find very affordable hotels, and even though it is not the city center, it is very well connected with public transport.

In Belem district are the most important attractions, however, it is a bit distant from the city center.

To the east, you will find Parque des Nacoes, where the Oceanarium and Vasco da Gama bridge are. This area is more of a business district but it is very well connected with the rest of the city.

Lisbon’s public transport consists of metro, tram, bus, and train. Naturally, the subway is the most efficient, it currently has 4 lines, but is being constantly enlarged. To use the subway system you need to buy an electronic ticket (Viva Viagem) which is 0,5 euros, upon which you then need to buy tickets for the ride which are 1,25 euros each. Although the best option is to buy a daily ticket since the attractions of Lisbon are scattered around the city.

The Bus network is quite large with some 80 lines, but it is not very efficient given the number of stops each bus takes. You can use the same electronic tickets as for the subway.

Trams are one of the most prominent features of Lisbon. Iconic yellow “caterpillars” that “crawl” through the city. The most important is line 28 which passes through the most attractive parts of the city. But don’t get your hopes too high if you plan to drive in it, because every single tourist in Lisbon (and there are a lot of tourists in Lisbon) is waiting for a queue for this line. Entire Lisbon is built on hills so trams are a very good way to climb all those hills. Line 15 is great to visit the Belem district and 28 climbs all the way to the castle and cathedral.

Lisbon also has 4 cable cars, which are a great way to see the city from above. Their names are Bica, Gloria, Lavra and Santa Justa.